Another element of historical interest is the Rafalí Wall. The first nucleus of population of la Font d'en Carròs, settled in the highest part denominating El Rafalí.

El Rafalí is located in the southeast of the town. The eastern boundary coincides with the urban settlement of the lower middle ages and the modern age. The most significant urban expansions during the modern age are detected to the north and west of the primeval enclosure.

This first nucleus of population was walled for the defense of its inhabitants. It comprised the present site of the church of Sant Antoní Màrtir and the adjacent streets of the ascent of the Crist de l'Empar, Delícies, Goleta, Sant Domènec, Sant Joan, Regalessiar, Rebollet and Calvari. Subsequently it had an approximate extension of 800m, existing nowadays remains that justify it. In addition, there are indications of two towers.

Currently, in its East and South, there are about 100 meters of wall canvas, with a layout dating to the fourteenth century and built in the Moorish style. The walls are considered a Cultural Interest. The fortified set of the Portal Roig and the Rafalí forms a kind of fort, with a polygonal enclosure equipped with towers and flanks in the form of saw, that allowed the defense of the oriental entrance of the town, by Portal Roig, as well as the control and the surveillance of the two roads that, from the east, reach the gates of this unique place: El Cami del Calvari, which links the settlements of the castle and village of Rebollet with the village, and the path of the old cemetery, which surrounds on the south the promontory where la Font d'en Carròs sits. There remains of the primitive pavement that covered el Cami del Calvari. 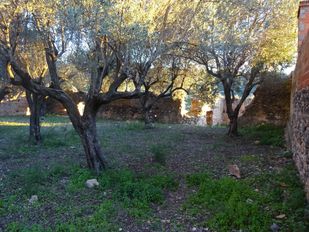 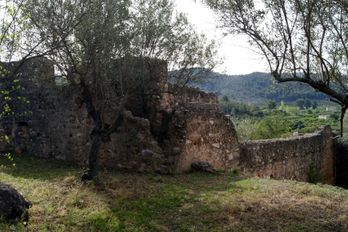 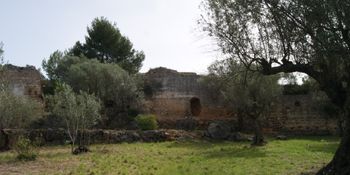 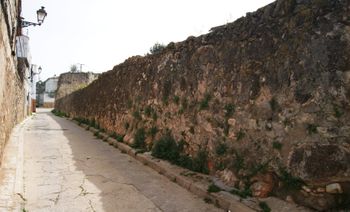